This is an excerpt from the April 8, 2021 edition of Medically Necessary, a health care supply chain newsletter. Subscribe here.

The problem: Drug shortages have plagued the U.S. for years, but the scarcity of certain drugs during the pandemic energized some experts to renew efforts to address the problem.

Backstory: The number of active drug shortages peaked at about 450 in 2012, according to the Government Accountability Office. Since then, the number of new shortages has slowed, but ongoing shortages persist.

Reducing drug shortages has been an FDA priority for years, and the agency has taken action to address the issue.

Injectables, rather than capsules or tablets, are also more likely to run into shortages, Zhao said. They’re more likely to experience quality problems that require manufacturing pauses for inspections and improvements.

The pandemic: The COVID-19 pandemic presented a new challenge. Government shutdowns across the globe disrupted drug production, but many shortages were driven by demand.

The reaction: FDA can expedite the approval process for new manufacturing facilities, offer regulatory flexibility for importing foriegn drugs and extend expiration dates during a shortage.

However, those tools mainly allow FDA to react to existing shortages, rather than prevent future problems or address the underlying issues.

Data: GAO wants FDA to use the data it already has to predict and stop future shortages. The agency also wants FDA to gather more detailed information about the pharmaceutical supply chain.

Mapping: A group of researchers at CIDRAP recommended creating an “in-depth map” showing where each drug is made and where its raw materials come from.

Onshoring: The CIDRAP and GAO teams both recommended encouraging companies to bring more pharmaceutical manufacturing back to the U.S. They say that could increase supply chain visibility and guard against supply disruptions caused by natural disasters or trade disputes.

Incentives: In a recent report, researchers from Johns Hopkins University argued that Congress should authorize FDA to grade the resiliency of drug manufacturers’ supply chains.

Higher prices: Hospitals and patients suffer tremendously when there are drug shortages, but the price of many generic drugs is so low that other players in the supply chain aren’t motivated to resolve the problem.

Gaining steam: There are some signs that the pandemic is adding momentum to efforts to end drug shortages.

Sharfstein said the decline in coronavirus cases early this year gave public health officials a chance to breathe after a tumultuous year. He’s hoping they’ll use that respite to add resiliency to the nation’s drug supply. 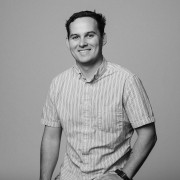 Daily Infographic: How COVID Is Expected To Impact Shipping Volumes On Mother’s Day

There is no room for technological stagnation in time-critical logistics

US will share vaccines and raw materials with other countries